Here today… gone tomorrow. The necessity of a Backup Plan for the wealthy

In this article, we look at how to prepare for the possibility that your current passport could become either useless or dangerous in the future.

I HAVE SPENT MUCH OF LAST 30 years offering tax and immigration advice and solutions to a wide assortment of wealthy families and their advisors around the world. I am proud of this work. Mainly because I have helped hundreds of HNW individuals and families protect their assets and their personal security… even in the most difficult and bizarre circumstances.

This feeling of satisfaction comes from the recognition that the scores of hard-working people I have helped were determined not to waste or misuse their good fortune. They did not want to risk the long-term health and prosperity of their families.

However, at times I also experience another feeling… one of dismay. There are those who don’t do even the most basic planning to protect their assets for that one time they might need it. Of course, this is all the more alarming in the current volatile geopolitical climate.

Is it more prudent to ‘wait and see’?

Indeed, I have been frequently contacted by High Net Worth individuals who, through their ultimate inaction, felt that “wait and see” was the right way to go. This was after they acknowledged the significant hard and soft benefits of forward planning… what I call preparing a “Backup Plan.”

Their approach, broadly speaking, has been to not over-react. Their priority is to keep the family calm, to not worry employees. They simply ignore that uncomfortable news from far away because, well,  it is far away.  Proceeding with putting a Backup Plan in place, means mentally acknowledging that threats do indeed exist. This self-delusion is similar to the one that causes people to fail to sign the will their lawyer has drafted for them. They feel that not acknowledging their pending death will make the possibility magically disappear.

There are, of course, understandable reasons why people with serious financial responsibilities might want to delay or avoid taking immediate action. However, that does not mean they should also delay or avoid immediate planning!

Would you plan for other potential threats? The wildfire analogy.

The analogy that I often use in these cases is that of a wildfire. In recent years around the world, wildfires have destroyed property, communities, businesses, and even taken lives. They usually occur in an unexpected and devastating manner. Most are caused by humans – campfires left unattended, the burning of debris, and even intentional acts of arson.

If a wildfire were a possibility near your home, you would obviously want to have both Fire Insurance and a Fire Escape Plan to protect your family and your assets. These same principles apply to HNW individuals who are worried about the potential “wildfires” of increased taxation and societal polarization. There is also the ‘wildfire’ prompted by policies enacted by the leaders of the country of their passport that the rest of the world may view as abhorrent.  Having the equivalent of Fire Insurance and a Fire Escape Plan…a Backup plan… in place to protect them from these potential economic, political and social wildfires allows my clients to protect their family well-being and wealth. Just as importantly, it gives them the peace of mind to know that should a wildfire ever approach, they can protect their family. 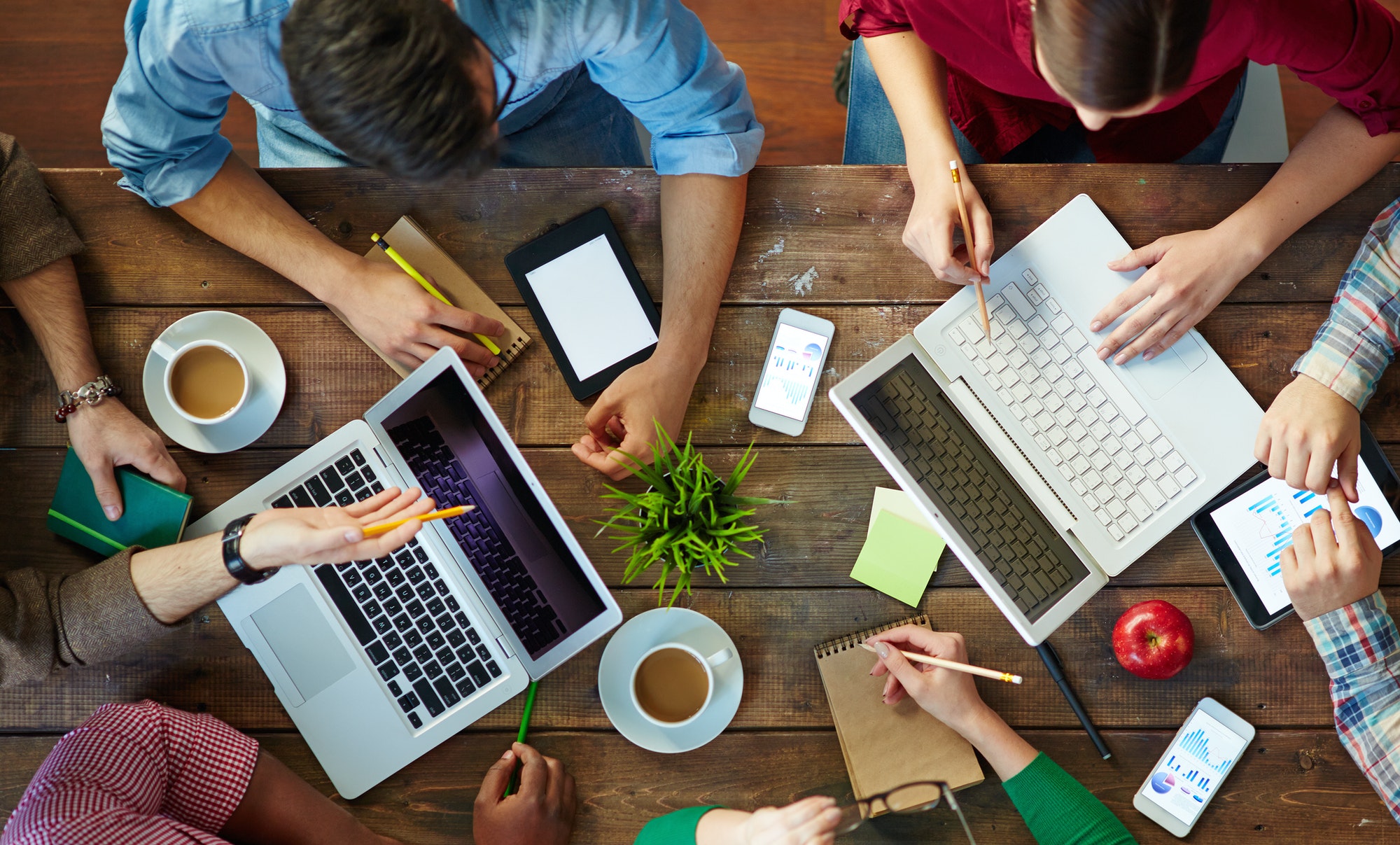 Why are backup plans so vital? Because planning today and preparing for the worst will give you peace of mind and security for an uncertain tomorrow.

The first step in preparing a Backup Plan is to look clear-eyed at possible threats to assets and income flow and to your family’s personal and business lifestyle. This then provides your qualified and experienced advisors a framework in which to propose a possible effective Backup Plan. The final plan they prepare should then take into account your family history, implementation timelines, tax planning opportunities, and the perceived urgency of the threats.

Does this feel like too much trouble?  You won’t think that in the event some disaster strikes.

Let me give you some real-life examples where my clients benefited from an effective Backup Plan.

Case Study One: Your current citizenship can make you a pariah

As many thousands of wealthy Russians have recently discovered, your citizenship can make you a pariah overnight. Equally painful cases have happened to global and upright Sudanese, Iranian, Eritrean and Somali professionals whose governments are no longer trusted worldwide. Their passports are simply no longer welcome in the western world.

The first of many Sudanese clients that I have had over the years, had left the Sudan as a teenager; she moved to the UK on a scholarship. Fast forward four decades and she was the head of neurosurgery at one of the largest hospitals in the Gulf. Also over those four decades the country of her birth… and her passport… had become a pariah.

I met her after she was rejected for a visa to attend an international neurosurgery conference in France. Indeed, she had been invited as the keynote speaker. That distinction, the fact that she had been an attendee for many prior years, and her deep decades-long family and professional connections in the Gulf counted for nothing; because the fact that she had presented a Sudanese passport eliminated all other factors.

We successfully appealed the visa refusal. I then worked with her and her family to secure residence and then citizenship in a first-world country. Not only did this avoid future visa hassles, but also secured a comfortable destination for retirement.

In August 1990, I received a panicked call from an UHNW Kuwaiti client in London. Like many wealthy Gulf nationals, he and his family were spending their summer away from the steaming hot sands of Kuwait when Saddam Hussain invaded Kuwait. The UK and US governments immediately froze all Kuwait assets in their countries. This was to prevent wealthy Kuwaitis from being blackmailed over family members who had been captured by the Iraqis.

My client was in dire straits. His family and entourage were occupying almost an entire floor of a luxury London hotel. However, he had no access to his banking assets or even to a credit card!

Fortunately for my client, he had $5M in our firm’s trust account for a pending real estate purchase. Since Canada had NOT frozen Kuwaiti assets, he agreed to cancel his purchase. During the next year we paid his various bills until he regained access to his frozen funds.

After the Gulf War dust had settled, I worked with my client to set up an effective Backup Plan for him and his family.  First, we secured several backup residences in jurisdictions. These were all locations where he and his family could live and thrive should there be another Kuwait invasion.

Your passport does not belong to you…

His other signifiant fear was a revolution in Kuwait. This was not ungrounded – a very similar set of circumstances had happened in Iran in 1979. To address his fear, we secured a second citizenship and passport for him and every member of his family. He understood that “his” Kuwaiti passport did not actually belong to him.  The passport was a travel document owned by the Kuwaiti government issued in his name that he was allowed to use. The possession of second passports for everyone in his family avoided any risk of them being revoked by a new “Revolutionary” government.

Preparing an effective Backup Plan – a round up

Work with your trusted advisors to prepare a detailed Back-Up Plan that addresses the needs of yourself and your family. The Plan will cover alternative travel documents, residence permits, and assets that are accessible should assets in your home country suddenly become unavailable or worthless. In some cases, sophisticated investment treaty strategies are warranted to protect assets that will remain behind in your home country should you trigger their Fire Escape Plan.

An effective Backup Plan involves the coordinated effort of expert and experienced specialists in multiple jurisdictions. They work in cooperation with the client and their trusted advisors. There may be some temptation to cut corners. However,  it is worth remembering that the cost of proper advice will look like a rounding error compared to the “cost of failure. Indeed ‘failure’ could include deadly risk to family members and complete loss of the family’s wealth.

Designing and implementing an effective Backup Plan is in some ways as important as brain surgery. Who you choose to make up your team can literally be a question of life or death. Give yourself the peace of mind of knowing that you are in good hands because you planned it that way.