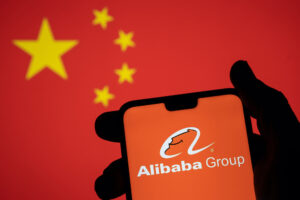 Jack Ma, co founder of the Alibaba Group has recently disappeared… Has he activated a back up plan?

Over the last few months the business press has been focusing on the mounting regulatory difficulties that Jack Ma’s Ant Financial and Alibaba have been having with the Chinese government. However, it was his recent his absence from a TV reality show which has triggered the realisation that the normally very public Jack Ma is “missing in action”. In fact, he has been absent from the public eye since shortly after his very negative comments about these same regulators on October 25, 2020.

Soon after his comments and just days before Ant’s scheduled IPO, Jack Ma and his top executives were summoned before the nation’s main financial regulators in Beijing. The listing was halted the following day. Since then, Mr. Ma’s Twitter account has been silent and there have been no public appearances by this normally flamboyant and visible businessman. In the days since the world began to speculate as to Mr. Ma’s whereabouts, neither Mr. Ma (or his representatives) nor the Chinese government have officially commented.

This leads me to theorise three possible scenarios regarding Jack Ma.

Scenario One: Jack Ma was detained by Chinese authorities

Over the past few years large number of formerly highflying businesspeople were “disappeared” and then mysteriously resurfaced sometime later to confess their “crimes”. These confessions were followed by either contrite reintroduction to the world (Fan Bingbing); a long prison sentence (Wu Xiahui); or even a death sentence (Lai Xiaomin). Can it be co-incidence that the latest death sentence to a prominent financial executive was announced just as the speculation about Jack Ma is hitting a crescendo….but almost three years after the charges were laid?

The possibility that this scenario is reality was given some credence when reports emerged that the Chinese press was stating that Mr. Ma was in China and “embracing supervision”.

This scenario contemplates that Mr. Ma has voluntarily remained in China and, as a result of the chastisement from his Nov. 2nd meeting with government officials, is “laying low”. The theory is that this will allow his prior negative remarks to be forgotten. This will allow Ant Financial to be restructured and publicly offered in a new format. A further advantage would be that the recently announced anti-trust action against Alibaba. This will result in a “light touch” regulatory overview.

This scenario was put forth by CNBC host David Faber, who claimed to have spoken with Mr. Ma.

A third scenario is that Mr. Ma’s recent absence from public life is an indication that he decided to trigger a long-established Backup Plan. The obvious motivation would be to avoid the negative repercussions of running afoul of the Chinese authorities over the longer term recognizing that he has been the object of the ancient Chinese curse ” May you come to the attention of the Emperor“.

If Jack Ma has in fact triggered a Backup Plan, his principal concern will be whether his Backup Plan will be effective over the long run to protect his family’s well-being and wealth.

Unfortunately, recent history is full of examples where Chinese businesspeople have created insufficient Backup Plans. They soon discover that when needed that they were fundamentally flawed in some mission-critical feature. A perfect example is the case of Xiao Jianhua.

Despite having acquired a Canadian citizenship and a Diplomatic passport from Antigua and Barbuda, Mr. Xiao did not understand that these pillars of a Back-up Plan by themselves were not sufficient to fully protect him.  Without the other essential elements of an effective Back-Up Plan, Mr. Xiao was powerless to prevent Chinese officials from snatching him from the Four Seasons Hotel in Hong Kong. I was interviewed at the time by the South China Morning Post and gave my thoughts  as to his plan’s shortcomings.  These boiled down to his failure to recognise that he was being targeted. He also underestimated the willingness of the Chinese government to extract him from Hong Kong.

Second passports and the Chinese Government

Another catastrophic failure is the recognition that the Chinese government has the ability to determine if a Chinese citizen had a second passport from certain countries. This ability was confirmed in practice when Chinese officials swooped into Vanuatu and arrested 6 Chinese nationals who had obtained a second passport from that Pacific island nation  mistakenly thinking they would be safe there.  The International Consortium of Investigative Journalists uncovered that China’s wholesale knowledge of second citizenship from various countries is being used to target certain groups of Chinese citizens. I outlined the important issues to consider when acquiring alternative citizenships and residence in my blog “How to buy a second passport the right way: advice for all Chinese businesspeople!

Finally, a Backup Plan can be undermined by a failure to look at “who” should be protected.

Overlooking this requirement was highlighted a few years ago when Americans Ms. Cynthia Liu, her brother and her mother went to China to visit a dying grandparent. When they attempted to fly home to the US they were stopped by Chinese officials. They were then advised that there was an exit ban preventing them from departing.  They were also separated from their mother, whose whereabouts remain unknown.

There has never been any claim by the Chinese authorities that the Liu siblings or their mother have done anything wrong. Instead, this is a clear example of China exerting its enormous leverage by holding family members hostage for other purposes. In this case the Chinese government is trying to get the Liu children’s long-estranged father, Liu Changming,  to return to China. To be effective,  Mr. Ma and other wealthy Chinese businesspeople (if necessary with the help of professionals) should prepare a comprehensive plan that covers all family members and associates. 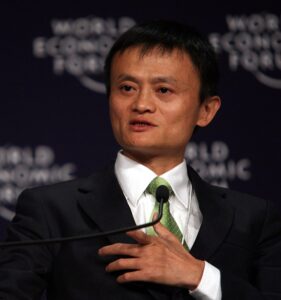 Back to Jack Ma…wherever he may be

As Mr. Ma has demonstrated many times in his career, he has the ability to see what is coming around the corner. He also knows how to act accordingly. He knows that, just like a deer frozen in the headlights, those who do nothing will be run over. So the questions of the day are:

Only time will tell whether Mr. Ma has followed the advice of the great Chinese General Sun Tzu:

“The art of war teaches us to rely not on the likelihood of the enemy’s not coming, but on our own readiness to receive him; not on the chance of his not attacking, but rather on the fact that we have made our position unassailable.”

If you want to discuss why I believe he may have triggered a long-established Backup Plan rather than become the latest business victim of the Chinese government, please do not hesitate to reach out.