Just the proposal of the Ultra-Millionaire tax bill has the unwanted but entirely predictable outcome of accelerating capital flight from the US!

After weeks of tough talk Senator Elizabeth Warren has now thrown down the gauntlet. The Ultra-Millionaires tax bill has been announced. Its highlights include:

In some circles the idea of a Wealth Tax is being soft pedalled. There are suggestions that it should be “one-time” or “one- off” and not recurring. No doubt this is to soften the philosophical rough edges of Senator Warren’s proposal.

Unfortunately for Wealth Tax advocates of all types, the targets of these proposals are simply not buying their argument. This is because they know their history… where numerous one-time or temporary taxes became permanent. They have seen, time and again, that when the originating crisis could not instantly be solved… or when other issues came to the forefront… there was the inevitable need for the on-going revenues that these “temporary” taxes reliably generated.

What are the potential consequences of the Ultra-Millionaire tax bill?

There has been a huge response to the announcement of the Ultra-Millionaire Tax Bill.  A number of commentators such as Steve Forbes have pointed out various flaws and negative consequences. Leon Cooperman has even predicted the dangerous step of  tax evasion through the purchase and concealment of gold.

More fundamentally, the loudest opponents question the constitutionality of a federal Wealth Tax. Warren has attempted to pre-empt this objection. She cited several legal scholars who claim that such a tax is in fact constitutional. These academic opinions might give supportive politicians the political cover to implement a Wealth Tax, even if there is a possibility that it might be overturned at some point in the distant future.

However, there is a risk in wealthy Americans relying on such a future legal decision. This was succinctly stated by an UHNW American client. In response to one advisor’s statement that the Ultra-Millionaire’s tax was unconstitutional, this clear-eyed client responded,

“And how many years of wealth tax and legal fees will I pay before the US Supreme Court agrees with you?” 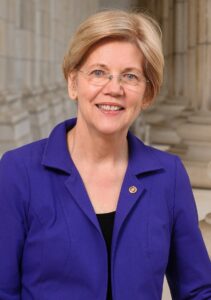 Elizabeth Warren believes that wealthy Americans will not expatriate

But will wealthy Americans really leave?

Ever the optimist, Senator Warren recently argued that wealthy Americans cannot or will not leave the US tax system as the result of a Wealth Tax. On Jan 28, 2021, she appeared on CNBC’s “Squawk Box” and had the following exchange with journalist Sara Eisen;

EISEN: Now [a wealth tax] might also chase wealthy people out of this country as we’ve seen has happened with, with other wealth taxes….

WARREN: I’m sorry. There is no evidence that anyone is going to leave this country because of the two-cent wealth tax…. Based on fact, the wealthiest in this country are paying less in taxes than everyone else. Asking them to step up and pay a little more and you’re telling me that they would forfeit their American citizenship, or they had to do that and I’m just calling her bluff on that. I’m sorry that’s not going to happen.

This statement is in line with those made by the academics who designed Warren and Bernie Sanders’ wealth tax proposals. In an October 2019 opinion piece in the Washington Post, Gabriel Zucman and Emmanuel Saez made the statement that:

The situation in the United States is different. You can’t shirk your tax responsibilities by moving, because U.S. citizens are responsible to the Internal Revenue Service no matter where they live. The only way to escape the IRS is to renounce citizenship, an extreme move that in both Warren’s and Sanders’s plans would trigger a large exit tax of 40 percent on net worth.

Senator Warren and these academics theoretically argue that wealthy Americans cannot or will not leave the US tax system. Regrettably, the reality is that they can and do leave….in record numbers!

Less than a week after Senator Warren’s CNBC appearance,  the US government issued its latest quarterly “Publication of Individuals, Who Have Chosen to Expatriate”. This latest list contained just over 670 names. This maintains a record setting pace.  However this is only the tip of the reality iceberg. To better appreciate the full extent of the departures, one needs to understand what this list actually represents;

So, in rebuttal to Senator Warren, I would point to the RECORD NUMBERS of wealthy Americans who are renouncing their US citizenship. In particular, I would note that the latest listed departures actually occurred in mid to late 2019. The time here is key. It  was exactly the time when Warren and Sanders were garnering media attention pushing their Wealth Tax proposals. 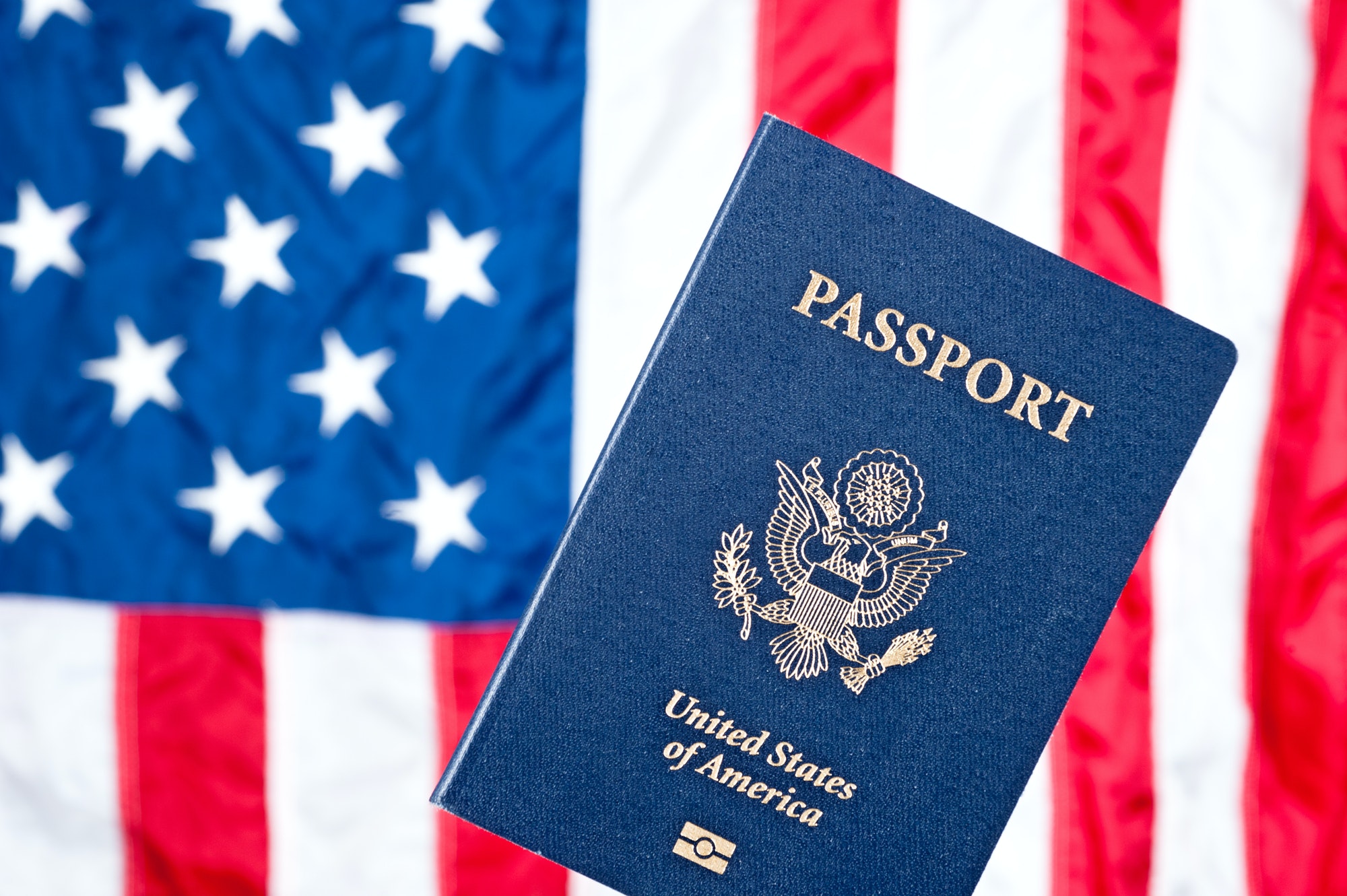 How many wealthy Americans will be prepared to give up their citizenship?

The effect of Covid-19 on renunciation of citizenship

Since late 2019 the pandemic has struck. This has accelerated the impetus for HNW Americans to overcome their major hurdle to leave… life inertia.

COVID has driven previously avowed lifetime residents of New York and Silicon Valley to abandon their well curated lives. Once they were outside of their cocoons, they discovered that they could actually exist… and thrive… outside of their normal haunts.

This gave them the opportunity to stop and examine the tax future that their municipal and state leaders have in store for them. As a result, many have already decided to move to the more tax welcoming environments of Florida and Texas.

The Newtonian principal states that “a body in motion tends to stay in motion”. Applying this logic it is likely that these same Golden Geese are therefore equipping themselves to decide to legally and completely sever ALL of their future US tax liability.

I have been retained by many American Golden Geese and outline my firsthand experience with this trend in a recent blog. This was written BEFORE the Super-Millionaire Tax bill was introduced (and the Texas deep freeze fiasco).

The Bill proposes consequences if a Wealthy American expatriates AFTER this Bill becomes law. In this scenario they will pay the current mark-to-market capital gains tax PLUS a whopping 40% tax on their remaining wealth. The result of such a proposal is to super-charge the desire for Wealthy Americans to acquire the “Fire Insurance” of a Backup Plan. This plan will allow them to leave BEFORE the imposition of the draconian confiscatory penalty.

With the announcement of the Ultra-Millionaire Tax bill Wealthy American families are facing reality. They now realise that they are living in “Tax the Rich” wildfire zones. Their response is to engage in standard “Fire Prevention” techniques. These include domestic tax planning such as gifting, estate freezes etc. They are also choosing to acquire a personalised “Fire Insurance” policy in the form of an alternative tax residence and citizenship. These are then supplemented by a “Fire Escape Plan”. This allows the family to legally leave the US should they feel new tax obligations are unfair, excessive or interfere with pre-existing philanthropic commitments.

What my clients think

Recently I had a call with a new inquiry who was inspired to contact me by the Ultra-Millionaire Tax bill. He wanted to know if I was certain that this bill was going to become law.  My response was to outline the possible federal legislative tax outcomes for 2021/22 :

I reminded him that he would not wait for his house to be engulfed in flames to seek to buy fire insurance. Likewise it would be unwise to sit back and wait to see which of these possibilities were to come into effect. It’s just common sense to invest in a Backup Plan that would let him completely and legally avoid any fire damage.

With the announcement of the Ultra-MillionairesTax bill, Wealthy Americans are fully aware that they are in a Wildfire Zone of populist “Tax the Rich” proposals and Senator Warren and her colleagues are playing with matches.